Since being first released during the 1970s, racing and driving simulation games have become one of the most popular genres of video games, from the brightly coloured 16-bit visuals on Hang On (1985) to the beautiful, super-realistic graphics of Forza. In the past 30 years, over 2,500 of these games have been created across a number of different platforms including PC, console and arcade and, because of their accessibility, are well-loved with people across the globe. So, before you hop behind the wheel to drive a Ford car, take a look at some of the best driving games ever released that you can play at home.

Released on Microsoft Windows, PlayStation 4 and Xbox One by Slightly Mad Studios and published and distributed by Bandai Namco Entertainment, Project Cars is a racing simulation game. Since its launch in May 2015, it has received glowing reviews thanks to its user-friendly interface, fantastic range of tracks and incredible graphics. What sets the game apart from its rivals is its no-frills approach to driving. There are no unlockable features, nor is there an extensive range of supercars such as Ferraris and Porsches. The surroundings are as close to real-life as possible, with the tracks stripping away the glamorous aspect, allowing the user to focus solely on the driving.

Released in 2001 on the PlayStation 2, Gran Turismo 3 follows a similar format to its predecessors, allowing its players to choose between arcade mode or simulation mode. Developed by Polyphony Digital and published by Sony Computer Entertainment, the game had the best graphics of the series thus far thanks to the processing capabilities of the PlayStation 2. Although the number of cars available was slightly lower than Gran Turismo 2, the vehicles on offer were all created exactly to their specification, including their handling. As players tripled, as the game offered so much for people to do, Gran Turismo 3 was named the best driving game of all time upon its release – a difficult feat to beat.

In the three years since Rocket League was launched, the premise of the game still remains unique; zooming and flipping across the pitch, cars vie for the ball in order to score a goal – playing football with cars rather than people. Developed and published by Psyonix, the game is available to play on Microsoft Windows, PlayStation 4, Xbox One, macOS, Linux and Nintendo Switch, making it massively accessible for all video game players. Players control a rocket-fuelled car with the aim to hit a supersized football into a goal, whilst driving over boosts to aid them in the game. Due to the success of the game on streaming platforms such as Twitch.tv, Rocket League is also played professionally in eSports championships, with prizes to win for those competing.

A post shared by Forza Motorsport (@forzamotorsportofficial) on Sep 22, 2016 at 9:26am PDT

Forza Horizon 3 allowed customisation to a game like never before. From the career mode options and personalisation of your vehicle down to the playlist that you drive along to, it allowed its players an immersive experience that was unique to them. The game is visually stunning, with the landscapes ridiculously realistic. Driving along the Australian roads, the weather conditions blend seamlessly together, from the glistening rain to the sun-drenched tracks. Unlike other driving simulation games, Forza Horizon 3 allows players to fulfil their aspirations. The range of cars on offer are simply included because they are fun to drive, which is something that rival games fail to provide.

Initially released for PlayStation 3 and Xbox 360 in 2013, with PlayStation 4, Xbox One and Microsoft Windows versions being released in subsequent years, Grand Theft Auto V was Rockstar North and Rockstar Games’ return to the Grand Theft Auto series after five years. The game is set in San Andreas and features a provocative commentary for you to enjoy whilst navigating the map. This single-player game can be experienced from a first or third perspective and requires the player to complete missions in order to progress. Whilst completing these missions, your characters skill set, which involves driving and shooting, improves, allowing you to become better at the game.

Need for Speed: Most Wanted 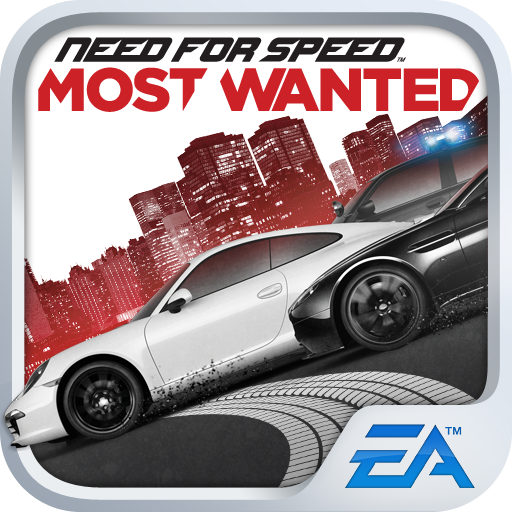 Need for Speed: Most Wanted, developed by Criterion Games and published by Electronic Arts, is a reboot of the 2005 game under the same name. The nineteenth Need for Speed title, it was released on a number of platforms, including Microsoft Windows, PlayStation 3, Xbox 360, PlayStation Vita, iOS and Android. The update allowed players to roam the map in an open-world format, from speeding through tunnels underground to bouncing along the off-road tracks. Although the reboot stripped away some of the story element that the 2005 version featured, you can play online, enhancing your experience as you tackle the fast-paced action alongside other players.

Web design by Accord