Should I buy an electric car?

Although they have been around for some time, electric vehicles (or EVs), are starting to become more popular as we become a more environmentally conscious nation.

With a full charge averaging around £3.64 for 115 miles and of course the lack of emissions, you can see why so many drivers are taking the plunge and opting for a state-of-the-art electric car.

If you’re thinking of joining the electric car community, we’ve enlisted the help of several electric car and environmental experts to help us put together a list of some of the pros and cons of electric cars, so you can see if they are right for you.

As we all know, one of the main selling points of electric cars is the lack of CO2 emissions they produce.

Darren from Better Transport told us exactly how they are benefitting the UK environment: “Air pollution and climate change are two of the biggest crises of our age, and electric cars play a really important role in solving them.”

“Tens of thousands of UK deaths each year are attributable to air pollution, with transport by far the biggest culprit. Air pollution is linked to asthma, lung cancer, heart disease and many other health problems. The more people who switch from petrol and especially diesel to electric cars, the better our chance of cleaning up our dirty air.”

Auto Express says that one thing to note is that there is a small amount of pollution caused when charging. “The only time an EV pollutes (other than when you finally scrap it) is when it's being charged, and even then the emissions are traced back through the National Grid to the power source. If that happens to be a renewable source (solar panels/wind farm/wave power), then you could genuinely be contributing to lower harmful emissions into the environment.

“Even if power is sourced from nuclear, gas or coal sources, the levels produced for charging your EV will be a mere fraction of the power station's overall pollution output.”

But it could be getting cheaper, says T&E. Tumbling battery costs could mean that electric car prices should come down soon as well, and that we may start seeing electric vehicles priced roughly the same as what you’d expect as a diesel car.

Auto Express also says there are Government incentives available that can help, namely the Government's Plug-In Car Grant (PICG). “The PICG used to be £5,000 for every low-emissions vehicle, but today there are different tax discounts and grants according to what you want to buy.

“For pure electric cars, it's £4,500, while plug-in hybrid cars have a £2,500 discount. Electric motorcycles and scooters have a £1,500 discount, while vans and commercial vehicles with emissions below 75g/km can have up to £8,000 discounted from their list price.”

Many manufacturers offer favourable finance rates on EVs to encourage you to take the plunge, says Auto Express. “Zero per cent finance, separate battery hire and free wall-box charger installations are all available to help you on your way to the electric driving experience.”

Because of the environmental benefits of electric vehicles, Auto Express says they are also exempt from some taxes. “If you're buying privately, then an EV costing less than £40,000 qualifies for free road tax. Cars over that price cost £340 a year in road tax for the first five years, but after that, they are also road tax exempt.

“It’s also worth remembering that pure EVs are exempt from the London Congestion Charge and it’s likely that other cities may introduce similar schemes in years to come.”

The survey also highlighted that 37% of those surveyed were concerned about a lack of charging points, which Linda from EV Driver also agrees with.

EV Driver provide electric vehicle charge point solutions in the UK, and Linda finds that although business is booming, the lack of charge points is a huge put-off for people looking to buy an electric car. “There is definitely a lack of charging infrastructure and more charge points are needed,” she told us.

But T&E believes this to be more of a perceived barrier, as “just 5% of recharging happens at public chargers”. They also say that although it is a concern for many at present, in actual fact “there already is a sufficient number of recharging points in most countries for the number of electric cars on the road.” 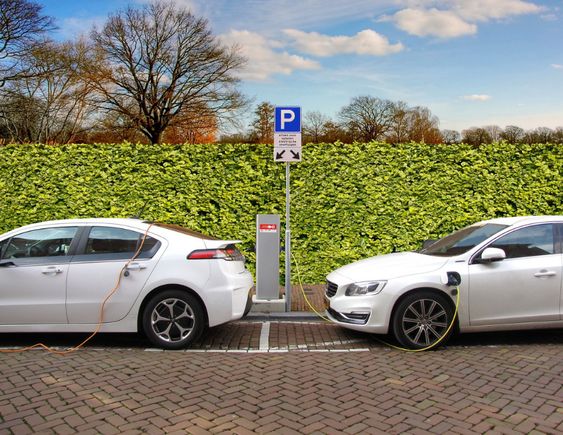 “Drivers have become used to the habit of simply filling a car up with fuel as and when needed. However, you can't apply the same regime to an EV,” says Auto Express. “If you do, you'll be suffering from extra-long journeys as you stop to charge your EV up over a prolonged period.”

So when it comes to charging, how long are we talking? Route Monkey says that “charging up from a normal plug can take all night, three hours from a fast charger and 30 minutes with a rapid charger.”

Auto Express says that planning ahead is needed. “As an EV is a new experience, it requires you to get into a new habit, and it's one that you might be familiar with if you own a smartphone. Basically, it involves some forward planning, and as long as you keep your EV plugged in every time you're parked, especially overnight, it should have enough battery life to get you to your destination.”

Route Monkey seconds this, especially if you do a lot of driving and commuting. “If you travel more than 100 miles a day, an EV might not be for you. Holiday trips or long journeys for work will take some preparation. You’ll need a charging map, a rapid charging cable and have a couple of charging account cards to use at charging points.”

“As an electric motor only makes a faint whirring noise, cabin comfort is a major EV forte,” says Auto Express. “You only really have to contend with tyre, wind and road noise on the move, and if you're around town all three of these will be pretty minimal. In fact, EVs are so quiet that some makers are fitting sound generators to ensure pedestrians and other road users are aware of their presence when driving.”

Another benefit is added passenger space, says Auto Express. “Because the batteries are normally mounted low in the car, and the electric motor takes up less space than an engine, the passenger compartment will offer more space than a similarly sized petrol car.”

But there is a downside, says Auto Express. “There's no escaping that the heavy batteries of an EV do dull the driving experience somewhat. In addition, the lack of engine noise from the electric motor takes away some of the driving thrill.”

Also, a lack of gearbox and direct drive will take some of the fun out of driving for enthusiasts that enjoy using traditional gears.

Are you looking to take the plunge and purchase an electric or hybrid car? We offer a range of new Ford cars including a Ford Mondeo Hybrid that is sure to take your fancy. Get in touch with our friendly team today.

Web design by Accord